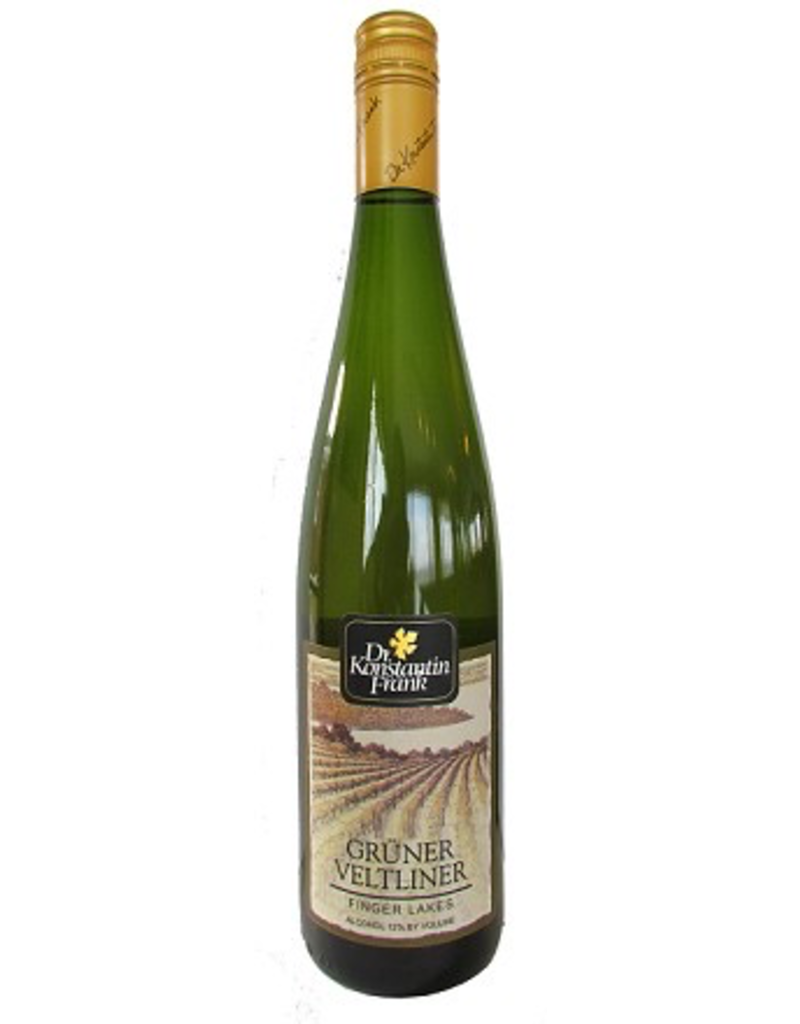 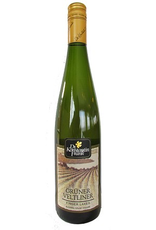 Lime and green apple are held in sleek suspension by a stony minerality. With touches of pepper on the finish, it's full in the mouth and quite powerful. It succeeds as it is very expressive while maintaining its focus and precision.

Dr. Konstantin Frank ignited the “Vinifera Revolution” a movement that forever changed the course of wine growing in the Finger Lakes and the United States. Dr. Frank’s vision, knowledge and determination are credited with elevating the New York wine industry from a state of happy mediocrity to a level that today commands world attention. A European immigrant, Dr. Frank and his family arrived in the United States in 1951. After a brief stay in New York City, Dr. Frank, a professor of plant sciences who held a Ph.D. in viticulture, moved upstate to take a position at Cornell University’s Geneva Experiment Station. Dr. Frank believed from his years in the Ukraine that the lack of proper rootstock, not the cold climate, was the reason for the failure of Vitis Vinifera vines in the Finger Lakes region. He continued to promote his beliefs and to seek a sympathetic ear, which he found in Charles Fournier, a French champagne maker and president of nearby Gold Seal Vineyards. Communicating in French, Dr. Frank revealed his research for growing the delicate European vinifera grape varieties in cold climates. For the first time the Northeastern United States could produce European varieties of wines. In 1962, merely a decade after arriving in America, Dr. Frank founded Vinifera Wine Cellars. The winery quickly earned a reputation for spectacular Rieslings and its original planting of vines formed the backbone of New York’s world-class wines and champagnes. Never content to rest on his laurels, Dr. Frank’s son, Willy Frank continued the tradition of excellence and determination. Willy amazed the industry in the late 1980’s by releasing an exquisite sparkling wine made at his very own Chateau Frank. Chateau Frank adheres to the “methode champenoise” using the three classic French Champagne grape varieties successfully creating another first for the Finger Lakes Region of New York - world class sparkling wines. With the help of his cousin Eric Volz as vineyard manager, Willy’s son, Frederick Frank, took over leadership of the winery in 1993 and expanded production with the introduction of a value brand, Salmon Run, which is in honor of the majestic landlocked Salmon and beautiful Keuka Lake. Under Fred’s leadership the winery’s production and amount of medals earned has increased greatly and he looks forward to one day turning over the reins to his daughter, Meaghan Frank, who hopes to continue as the fourth generation of Franks at the winery.