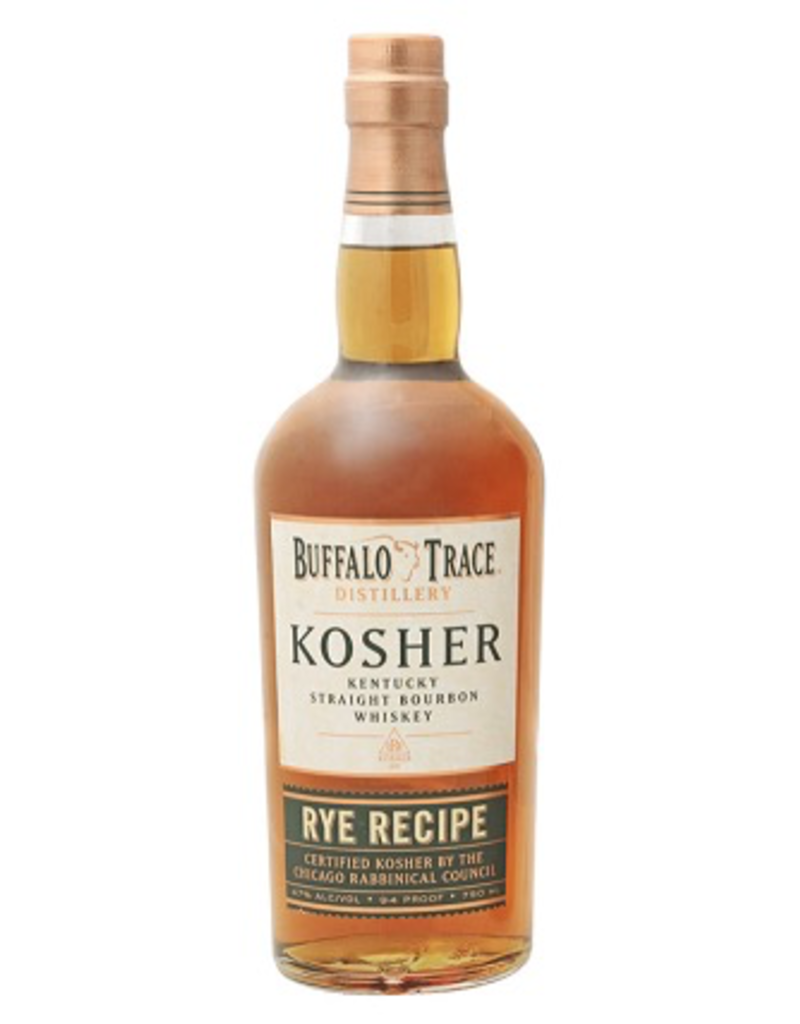 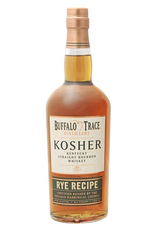 ***** Orders for this item with a shipping address outside New York State will be cancelled and refunded minus a 10% transaction charge. *****

In partnership with the Chicago Rabbinical Council (cRc), Buffalo Trace Distillery produced this Rye Recipe Bourbon Whiskey. Made with the same high quality grains as Buffalo Trace Bourbon Whiskey, this Kosher spirit was aged in specifically designated Kosher barrels. In order to satisfy Passover requirements, these barrels were sold to a non-Jewish executive in a ceremony witness by a representative from the cRc. After aging for seven years, this Rye Recipe Bourbon was bottled at 94 proof after ensuring the bottling lines were cleaned beforehand and that no contact was made by non-Kosher spirits. Released after Passover each year, this Rye Recipe Bourbon is bold and independent, celebrating its heritage from America’s oldest continually-operating distillery.